See what the best hair salon in Philadelphia has to say about beauty, experts in the field, lifestyle, haircuts, hair color, balayage and what is best for your look!
Font size: + –
Subscribe to this blog post Unsubscribe
Print

A few weeks back, the team and I collaborated with some amazing Philadelphia area retailers and the Philly Inquirer for a fall fashion spread.

(You may have seen it.) It was an amazing day filled with fashion, art, and style — and we were honored (and thrilled) to be included among the styling team! ARS Stylist, Erin Gallagher styled the hair for the shoot and I worked on the makeup. 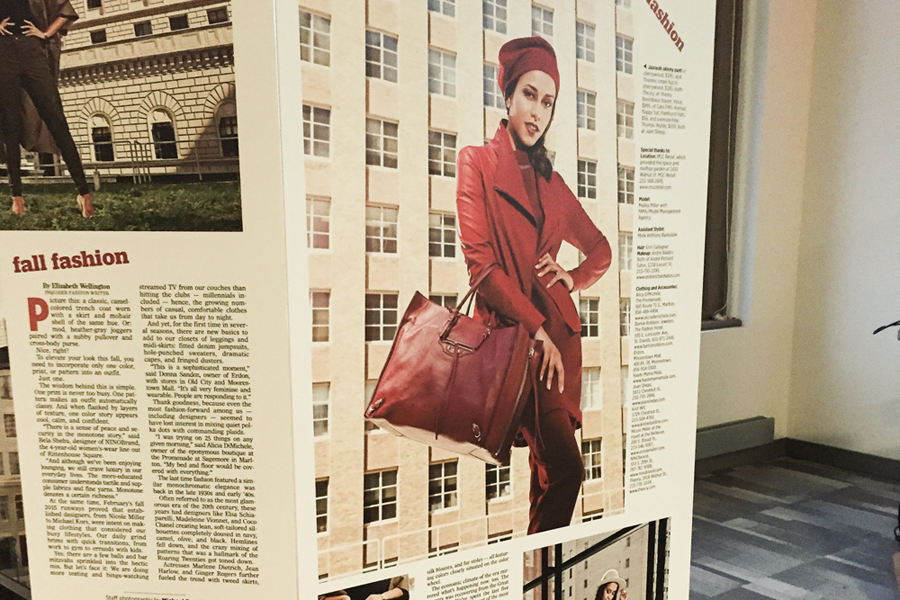 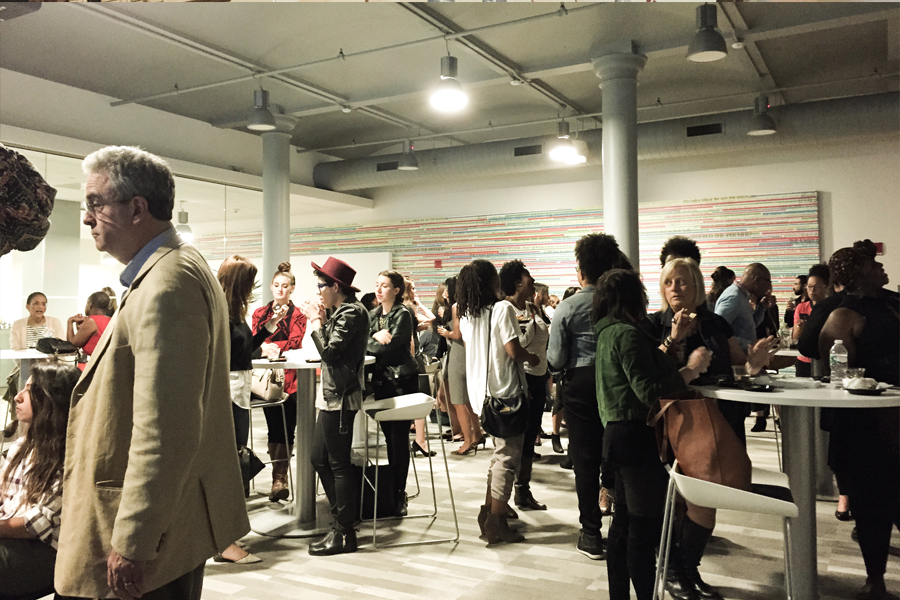 Last night, the who's who of the Philadelphia fashion and retail scene — as well as Erin, Rachid, and I — came out for a special "Fall Fashion Event" at the Inquirer building in downtown Philadelphia. It was a panel discussion lead by famed Philly.com and Philadelphia Inquirer fashion journalist, Elizabeth Wellington.

Along with me, the pannel was composed of Ellen Shepp (from Joan Shepp) and Ann Gitter (Owner of Knit Wit) representatives from Theory and Alica DiMichele.

Each of the designers styled the model — Malika Miller — to show a look that best represented their brand's signature style: Ann Gitter worked the theme of the shoot (monochromatic styling) along side the recurring texture trend. Ellen Shepp showed the crowd how to do the athleisure trend right before offering a word of advice. "Play with your look and try different things" she advised the crowd, "And, if at the end [of the getting ready process] you don't feel good leaving your house... don't."

Known for their mastery of minimalism Theory showed off a look combining texture and monochromatic colors while the Alica DiMichele team showed off the art of sexy.

In the world of makeup... It's all about berry colors on the lips this season; warm, cool, and everything in between. I recommend layering up; you can't go wrong with an ombréed lip and don't be afraid to go bold — deep reds are in!

No comments made yet. Be the first to submit a comment